Quick link to the official website of Welcome Home !
www.welcomehomethefilm.eu

‘Welcome Home’ is my first feature film. At the end of 2009, I’ve directed a series of interlinked film stories : ‘Cocktail’, ‘Welcome Home’ and ‘Voyage d’Amour’. The film was made with the help of some superbly talented people like Frédéric Noirhomme (Dop), David Verdurme (Editor), Jean-Luc Audy (Sound Engineer), Julie Brenta (Sound Editor), and Benoit Biral (Sound Mixer). They’ve given me a lot of time, when they had some left… During two years we have been editing the films into the feature film as it is today.

In the summer of 2012 our film got the attention of both the Critic’s Week section at the Mostra of Venice and of the Montréal World Film Festival. The film was programmed in both first feature competitions. It’s world premiere was in Venice on the 1th of September followed by the America’s premiere on the 2nd of September in Montreal. On October the 10th we had our Belgian premiere at the Ghent Film Festival and in March 2013 we were presented at the San José Cinequest film festival in the US. 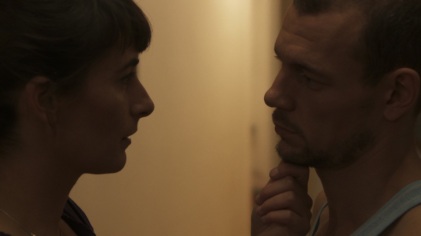